"Corrigan devoted a quarter-century to researching and writing this history, which charts with painstaking meticulousness the full 12 years of the program’s operation... Despite its brevity, this is a mesmerizingly detailed history... his diligence will reward the truly interested reader, and his diagrams and illustrations are helpful, descriptive tools... It’s hard to imagine a more comprehensive look at the Red Knight program." ~ Kirkus Reviews 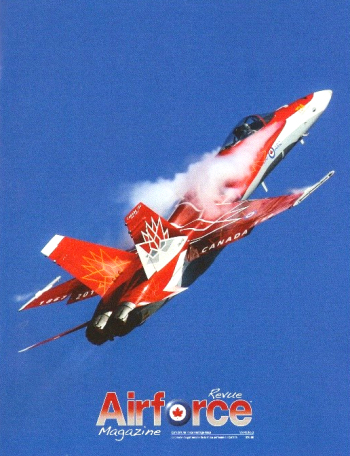 The Red Knight by John Charles Corrigan
Review by T.F.J. Leversedge (Airforce Magazine, Vol 41 No 3)
Author John Corrigan will be familiar to long-time readers of Airforce magazine. He has previously published several excellent articles about the RCAF’s “Red Knight” solo aerobatic team in Airforce. These include the “Red Knight” in the Winter 1998/99 edition, “The Red Knight Returns to Canada” in the Fall 2004 edition, “The Tutor Knight – A Tribute to David Curran” in the Spring 2007 edition and “Knights with Red Wings” in Fall 2008 edition.
Truly a “labour of love”, his new book, simply titled “The Red Knight”, is the culmination of 25 years of meticulous research and, to anyone reading this book, this comprehensive effort will be immediately apparent. The book uses a simple approach following the yearly history (in 14 chapters from 1957 to 1970) of this solo jet-aerobatics team from its inception through to its eventual demise. An important part of Canadian military aviation history, the Red Knight has been somewhat overshadowed by other RCAF aerobatic teams of the past and present - even though the Red Knight is second only to the Snowbirds in terms of longevity and total number of performances.
The book documents the development, chronology, and continuing struggles of the solo demonstration team through the years and is laced with personal anecdotes from the pilots, support team members, and spectators along with historical reviews of the team’s performances. John literally travelled all across Canada interviewing former Red Knight team personnel and their other contacts in pursuing his research for this book and, through their generous sharing, a fulsome account of the everyday routines, the numerous challenges, the occasional antics and the profound impact of their performances emerges. There are also useful and informative diagrams / sketches of the various aerobatic routines along with tragic accident recreations provided by artist Don Connolly throughout the book. The historical chapters are fully supported with other useful details on the Red Knight show sites, aircraft paint schemes, a glossary of abbreviations, bibliography, endnotes and an index. Former Snowbird Commanding Officer and accomplished author / aerobatic team historian, LCol (Ret’d) Dan Dempsey, provides the foreword for the book and reveals that seeing the Red Knight displays helped inspire him to pursue a career in aviation.
While the book is fully supported by numerous rare photographs as well as paintings and diagrams, there is one disappointing aspect to this new release. The colourful and dramatic paint schemes of the Red Knight aerobatic team always lent themselves very well to providing superb colour imagery. Unfortunately, this printing of the book, apart from the front and back covers, is devoid of any colour and is limited exclusively to black and white images. Consequently, the associated dramatic visual impact of the team’s aircraft, its paint schemes, uniforms and associated gear is somewhat missing.
Never-the-less, this book fills a very important historical void and is both a fitting tribute to not only the pilots who flew the Red Knight, but also to the many other personnel who worked behind the scenes to support their program.
Finally, special thanks to both John and Friesen Press for arranging to provide us with an early sample copy to permit this review. Please note that John now has website (see www.theredknight.ca) which contains ordering information for his book along with many other useful features, articles, and images (most in full colour) from the Red Knight era along with details of all of the team’s aircraft and subsequent re-creations.
"I thoroughly enjoyed John Corrigan's chronicle THE RED KNIGHT. He has incorporated the history of numerous towns, cities and villages, where crowds big and small, thrilled to the sight of Canada's 'Red Baron' perform amazing aerial displays."
J. Dicresce

"A colourful and intriging book that goes well beyond the little known story of the Red Knight and its considerable contribution to Canadian military aviation, to an array of wonderful and well told tales reflecting the dedicated training and risk, that was involved in developing the airshows that Canadians have come to watch in awe and take such pride in. As a Canadian aviation history buff, I also enjoyed the details, from the aircraft descriptions and flight logs, to the airshow performance diagrams and dramatic photographs. I found it hard to put down."
Len Wallace
"I wanted to pass on my congratulations for such a great job on the book. You've really done history well. I enjoyed the little vignettes and historical bits sprinkled throughout the chapters, such as backgrounds to the towns and areas where they landed. They make the book enjoyable to read, beyond the record of flights, etc. Thanks for filling in the blanks for me. I was eight years old but really don't recall much of my father's year as the Red Knight other than that my dad was away a lot, that he flew a neat red jet and that my mom worried about him. This book will be a real treasure to the military...to the pilots and their families and I'm sure to a broad audience beyond. Can't wait to get my hands on a copy."
Shaun Waters
THE RED KNIGHT
Canada's Legendary Solo Jet-Aerobatics Performer
By Canadian Author John Corrigan ©
CONTACT JOHN